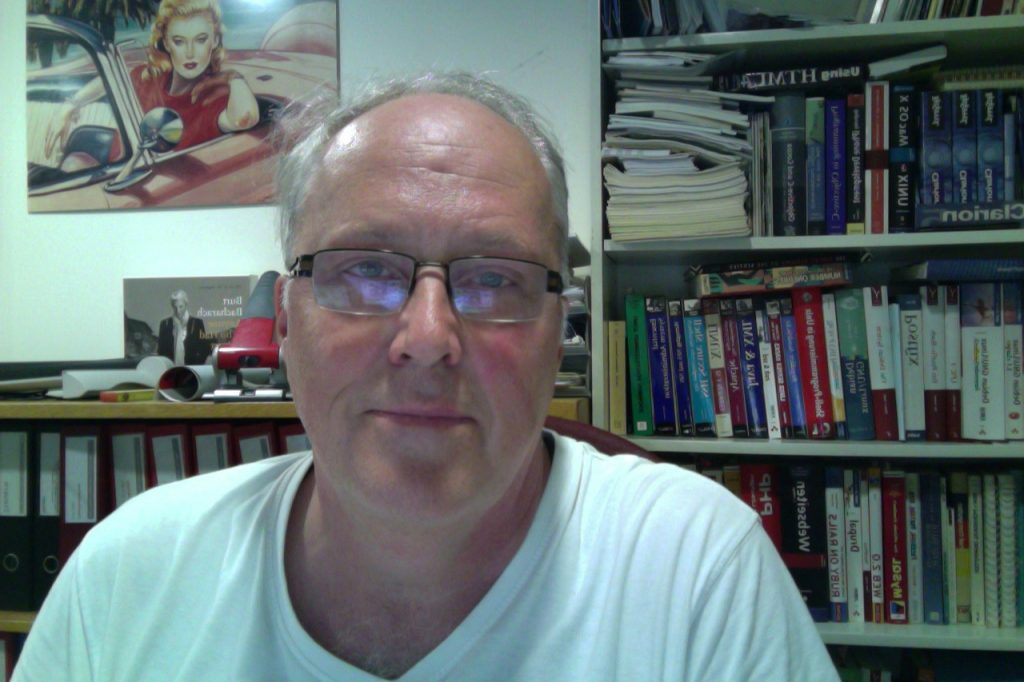 The Museum of HP Calculators

I started my IT career in 1978 as a junior programmer in FORTRAN at Firstein in Zug. My next job was at PPC Electronics, a circuit board manufacturer, where I was responsible for the operating of the single-user IBM System/32. PPC then wanted to implement a new multi-user IBM System/34 which also needed new software. The new software was mostly built by an external company with the help of some in-house programming. In order to have the required skills to help programming this new software I was sent to some programming courses in RPG at IBM.

After some years at PPC I took a job at Minibit in Hedingen. Minibit had its own PC made in Switzerland with its own self developed Operating System (FDOS) and its own BASIC Interpreter. All the commercial software named Unisoft was written in this BASIC language. This was at the time when the first IBM PC was introduced. I personally had my first contact with an IBM PC at a Macy department store in San Francisco during a 3-month stay in the US in late 1982 before my new job at Minibit which started January 1983. So we soon made versions of Unisoft for these new PCs from IBM, HP, ITT, Televideo and others. We even had a version for CP/M which was also popular before MS-DOS/PC-DOS took over. There was also a ”Baby blue card” for IBM PCs which allowed CP/M programs to run on a IBM PC.

In 1985 the main developer of Unsisoft left the company and so did I. He founded a new company named Softinc and further developed Unisoft into SESAM, a CRM (we didn’t call it a CRM in those days) for small companies. I was the first reseller of Softinc and as a reseller you could easily expand the functionality of SESAM because you had a program generator (SPG) to build programs for special needs and had also the source code to modify and expand the main applications like invoicing. Next came Windows. SESAM was only a set of DOS programs with no GUI (Graphical User Interface). After the success of Windows 3.0 published May 1990 the market wanted native Windows programs. Of course you could run SESAM or other DOS programs like the famous Lotus 1-2-3 or WordPerfect within Windows but the end of the era of DOS programs was in sight. So Softinc developed its first Windows program named FibuNT which became a great success. The downside of this success was that the DOS programs didn’t get much more attention and there were no Windows versions of the SESAM DOS programs in sight.

(Almost) everybody was afraid of the year 2000 because most programs in order to save space used only 2 digits for storing the year of a given date.

A fellow reseller and I spent some time to overcome this downside and made a Year 2000 compatible version of SESAM which used 4 digits for date fields.

After the year 2000 problem I had a new client who wanted a special software for his new business. I first thought to implement this with SESAM but I soon gave up this idea. Because I was already familiar with Clarion for some time I was confident to write this new software with this tool. Thanks to this project I was later able to generalize this software to become my CRM ”Globo Auftrag” which I could use for other clients to replace their DOS programs. I never distributed Globo on a large scale but was happy to provide some of my clients with this new software over which I had total control.

Besides my CRM knowledge I started offering internet services like hosting and building websites. In those days websites were mainly written in a HTML editor like Netscape Communicator or tools like Adobe GoLive and Macromedia Dreamweaver (now owned by Adobe). There was also a tool by Microsoft named Frontpage. Sophisticated CRMs (Content Management Systems) like WordPress came much later. WordPress powers nowadays over 40 percent of all websites. I am very happy to use WordPress as my tool of choice for sophisticated websites.